ontinue to tug on his cock with their soles. Alin sits on Juliana's face while she sucks Thomas, then she concentrates on kissing and licking Juliana's feet while Thomas screws the Grandi vag. We get a whirl of feet as Juliana licks Alin's size 7.5 beauties in the sheer black nylons, while Alin really concentrates on blowing Thomas's tool as Juliana holds it between her white nylon peds. But Alin looks very fetching too as she cuddles and sucks Juliana's feet. Then Thomas fucks Alin while Juliana licks her pussy, and Alin continues to make love to Juliana's peds. There is so much toe-sucking and cocksucking action here that your testicles will start spinning in your sac, and Thomas's dick really gets the royal treatment as it's squeezed and stroked between these four talented feminine feetsies. And as if that isn't enough, he gets to bang Juliana's asshole too on his way to letting out a big load on Alin's mouth! 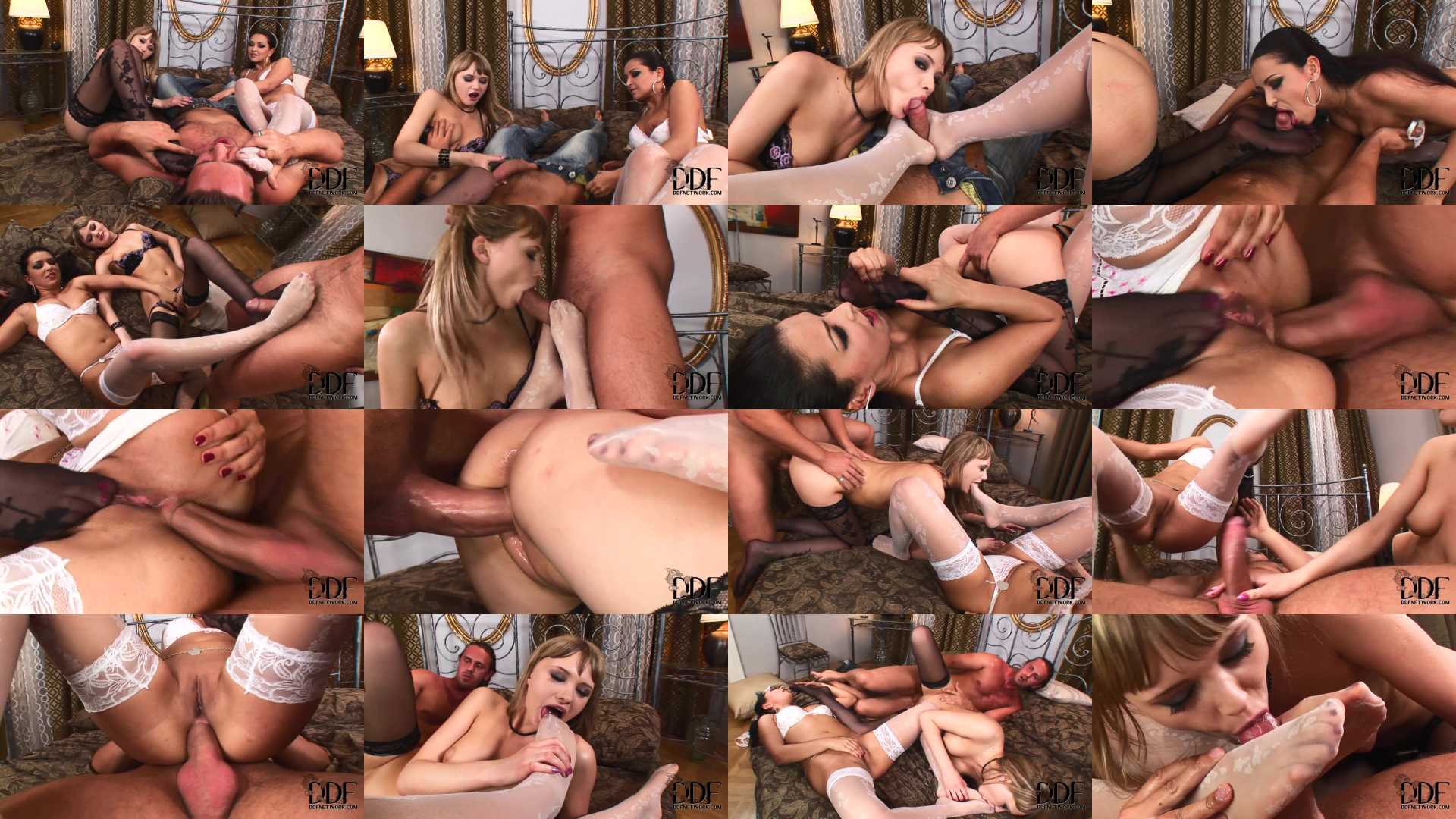